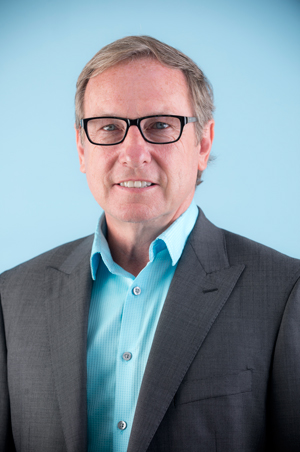 Unlike many business owners, Dan Copeland never had the burning desire to own his own business. In fact, he wanted to be an airline pilot or a professional drummer. But life doesn't always turn out the way you plan.

"In the early years, if there were mistakes to be made, I made them. And since there weren't enough available mistakes to make, I invented a bunch of new ones" Dan says. "I always felt the early years were analogous to a boxer who gets hit, falls to the floor and struggles to his feet only to get hit again. It's by the grace of God that our business exists today."

That is what makes 32 years in business a bit of a surprise for Copeland and his staff.

The odyssey began for Dan in the late 1980s while living in Kalamazoo, Mich. As a marketing manager for a non-profit organization, Dan got the opportunity to start Business People. After extensive reseach, Fort Wayne was the chosen city for the start-up magazine.

"Fort Wayne had all the right elements, because it wasn't near any other large cities and there were no competing publications" says Dan. "One of the best things about Fort Wayne was that the natives truly love their community.

According to Dan, that love of community helped establish the magazine and has always played into what Business People is all about. "We set out to promote the community that residents love so much" he says. "We were welcomed with open arms by a lot of key people who supported us and wanted to help the publication grow.

Despite mixed blessings, the first issue was distributed in February 1988 under the name Business Digest. The name was changed to Business People in April 1990.

Throughout the early years, a number of challenges presented themselves to the company. Any one of them along could have put the business under. But that was not to be.

"I didn't know how to quit. I couldn't imagine giving up" he says. "That was never part of my thinking. I just looked at what I could do to make it better.

After this series of near knockouts, things began to improve in the early 1990s.

"We finally learned what we were doing and stopped making huge mistakes" he says. "From that point forward, the business started to grow.

Today, in addition to Business People, the company publishes Fort Wayne Living, BusinessWomen of Northeast Indiana, Planning Your Wedding, and All Things Auburn.