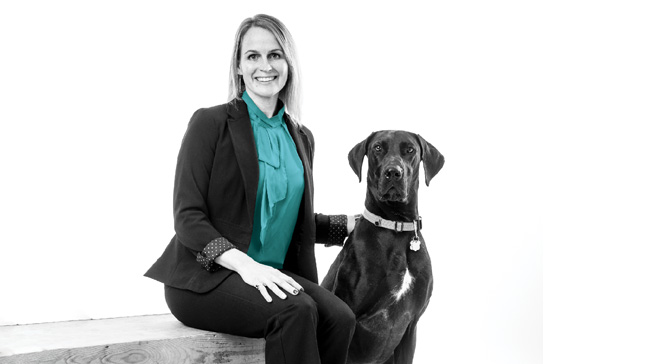 Amy-Jo Sites is the director of Fort Wayne Animal Care & Control and has worked her way to that position since beginning with ACC in 2004. Her passion for the well being of animals is contagious. She shared with us all about her career and what she does in her free time.

How did your career path lead you to becoming director of Fort Wayne Animal Care and Control?

I first became intrigued with FWACC when a previous co-worker of mine had been hired by the department as an Animal Control Officer. She and I had similar educational and employment backgrounds. My education consists of a bachelor’s in Public Affairs with a concentration in Criminal Justice as well as a master’s in Public Affairs. During conversations with her, I was surprised to learn the department was part of the public safety division for the City of Fort Wayne. In 2004, I was ready for a career change, so I jumped at the chance to apply for the open Office Supervisor position at FWACC. Ironically enough, the position had previously been held by my past co-worker who had been promoted from an Animal Control Officer to the Office Supervisor position.

As Office Supervisor, I became exposed to more of the administrative side of the department. This position is responsible for creating and monitoring the yearly budget, planning and implementing capital improvement projects, processing the department’s payroll, and of course implementing internal department rules of work along with a multitude of other administrative duties. The surprising component of the position was that it is also responsible for overseeing the dispatchers. The dispatchers are the liaisons between the public and the officers as well as among other departments both internally and externally. As I became more comfortable with the position, I teamed up with the then Animal Care Supervisor to learn more about the animal side of the department. I worked with our Animal Care Specialists to learn more about animal behaviors, proper handling and disinfecting protocols. I wanted to expand my knowledge of all aspects of the shelter so I could truly understand what was needed at the shelter as well as within the community. I quickly realized animal welfare was where I belonged.

In late 2011, my predecessor Belinda Lewis, began planning for an organizational restructuring. During the restructuring process, I had the opportunity to apply to become the newly created Deputy Director position. The Deputy Director position was created to oversee both the enforcement division as well as the administrative division. As Deputy Director, I completed the same training that an Animal Control Officer would along with obtaining a special police commission to uphold and enforce all city ordinances and state laws regarding animal welfare. My thirst for knowledge continued to grow, so I, along with my predecessor and two other management members, pursued the CAWA (Certified Animal Welfare Administrator) program. This certification provides a level of professionalism often equated to passing the bar or boards. Animal welfare is so much more than cuddling with furry friends. This profession is a dynamic career path with a multitude of skills required to be successful. The Deputy Director position, partnered with my formal education, continued to expand my knowledge of animal welfare and investigation skills which ultimately lead to my predecessor recommending me to become Director upon her retirement in early 2016.

Much of my day is fielding various emails from my management team, other City departments, and of course other animal welfare entities. I spend a lot of time working on various ways to improve our shelter through programming and or projects. By creating more programming or improvement projects, it requires me to create an open dialog with those who can assist to make it possible. I am very blessed to have a wonderful relationship with many City department leaders that can assist me in the planning and implementation process.

Internally, we have a small department consisting of 47 staff, handling just under 10,000 animals, and responding to over 20,000 calls of a service per year. One of the expectations of our management team is to be able to jump in to assist in the day-to-day activities and tasks. It is not uncommon for me to assist at the front counter to bring in animals that were found as stray or being surrendered by their owners.

One of the other things I do on a regular basis is to keep up with the current trends of animal welfare. I am thankful to have the staff I have who embrace change and pivot with grace to meet the needs of both the public and the animals to maximize our life saving capabilities.

Aside from adopting an animal, how can readers get involved or donate to Animal Care and Control?

We have several opportunities for supporters to get involved. We have a multitude of volunteer opportunities both at the shelter and at our off-site adoption locations. Fostering an animal is a perfect way for those who can’t commit to permanent ownership. Often, our foster commitments can be as little as a weekend or longer depending on the needs of the animal(s). We provide training, mentorship and supplies to make the experience successful. Outside of volunteering and fostering, we always accept both monetary and in-kind donations. All these opportunities are described in more detail on our website at fwacc.org.

Where can you and your family be found in your free time?

We are an active family. Depending on the weather, we’ll likely be found at a softball tournament. My daughter is on a travel softball team coached by my husband that is active in tournaments from summer through the winter. I am a co-leader for my daughter’s Girl Scout troop which also keeps us busy. We enjoy participating in the more ‘adventurous’ side of Girl Scouts, so you’ll find us at camp, navigating a small watercraft, climbing the rock wall or possibly ziplining. Our two great Danes, Carley and Titan, love to go on walks either on the amazing trails here in Fort Wayne as well as the rough trails in the surrounding Allen County parks. On my own, I love to exercise.  I am a member of the Fort Wayne Running Club, so you’ll often see me at a local race. Otherwise, I’ll be at Spiece in one of their amazing Group Fit classes.

How have things changed for Animal Care and Control amid the pandemic?

We had to modify our protocols quickly since being closed was not an option. Technically we could have ‘closed’ the adoption center, but it truly would have caused the unnecessary euthanasia of healthy/adoptable animals merely because we didn’t have the space to house them. We have several rescue partners and are coalition partners with our local SPCA, but during the beginning of the pandemic, transfers weren’t possible either because of their available space or them being closed themselves.

We are the largest open-access shelter in northeast Indiana. We can’t close our doors and can’t say ‘we’re full’. With the social distancing, our lobbies did not allow for more than two or three people to be inside at one time. The first thing we did was to have our adoption profile online so we could have our staff pre-approve potential adopters to expedite the process at the shelter. When potential adopters see an animal online or posted on our adoption window they want to interact with, they arrive to the shelter and ‘hold their space in line’ by putting their name on a numbered adoption profile. Our volunteers then gather them for the staff who then begin doing their interview process by phone while the adopters are outside in their vehicles. The interaction doesn’t occur until our adoption assistants have a better understanding of what lifestyle the adopter has so they can best match them with the animal(s) we have currently at the shelter.

For the receiving lobby, the doors are locked and citizens ring our doorbell so our staff can either assist them at the door/outside/or bring them into the lobby if we have enough room. We push our managed intake appointments for owner surrenders as much as possible so we can try to control our animal population. By controlling our animal population, we can ensure we are making the best decision possible for every animal that comes to the shelter.

Our education team modified their scheduled Spring Break in-person camps to ‘camp in a box.’ They also have completed some virtual tours since we can’t have the large groups at the shelter.

Our social media-marketing team increased their presence by using more videos and “live” broadcasts for not only promoting animals but also for foster opportunities and donation needs.

What makes you passionate about helping animals?

Animals provide us comfort, companionship and unconditional love. They cannot speak for themselves, so we must be their voice. Many times, animals find their way to us to no fault of their own. I feel that it is our responsibility to do everything we can to afford them an opportunity to find their forever home. For those that have fallen to cruelty and neglect, it is our duty to ensure we find those responsible to make sure it doesn’t happen again. We know there is a direct link between human and animal violence. We must break the cycle of violence if possible, through education and sometimes prosecution.

What do the next five years look like for you?

My goal within the next five years is for FWACC to become a true animal resource center for our community. Our officers are responsible for upholding and enforcing City ordinances. Many times, we see people go to court for failing to obtain something as simple as a rabies vaccine. I would love to be able to provide resources for people to be in compliance with their pets and ultimately keep them in the homes where they are loved. Over time and with the approval of the administration and City Council, I want to expand our medical team to include at least two more veterinary technicians and another shelter veterinarian. Not only would this allow for us to continue to care for the animals in our care, but also those animals we encounter during our daily calls of service. Being able to provide low-cost basic medical services to pet owners will hopefully reduce the number of animals surrendered to us because of ‘cost of care’.

One of the other difficulties we have is not having appropriate space and staff to work on behavior-modification plans for otherwise adoptable dogs. Like humans, animals can have disorders and or anxiety that if they had the right treatment plan, could become more confident and comfortable in what others perceive as ‘normal’ situations. In the next few years, I hope to obtain funding to build a space that will have at least ten pods to house those dogs who need to have less stimulation that often increases fear, anxiety and stress while in a kennel environment. This space would also be equipped with an indoor space for smaller playgroups that helps our staff to determine what type of environment this dog would thrive in. 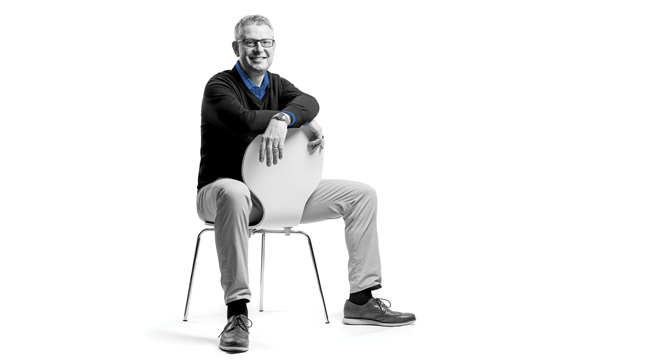 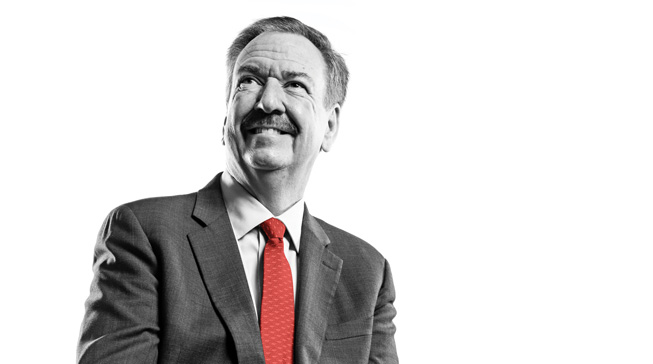 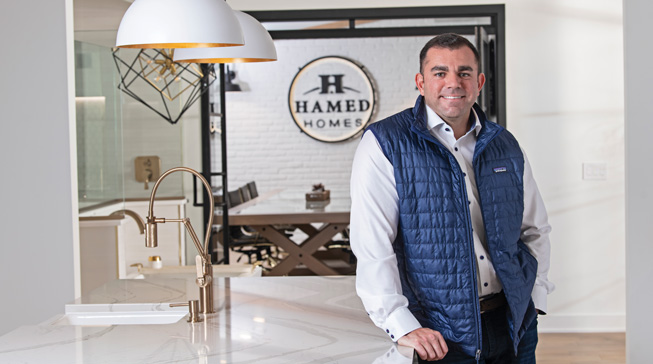 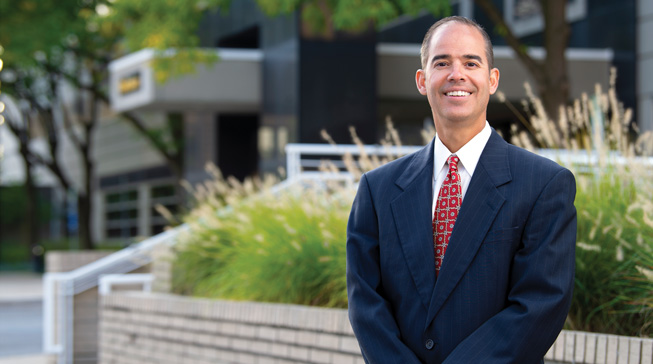 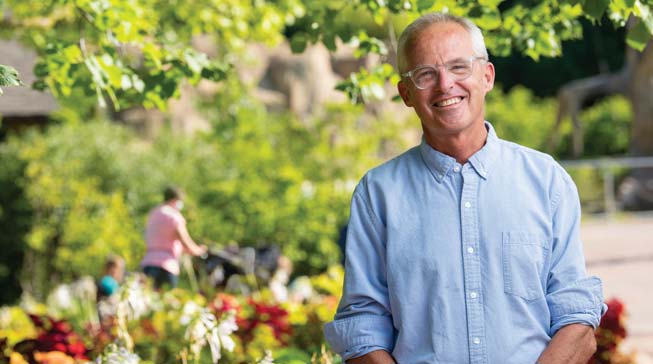 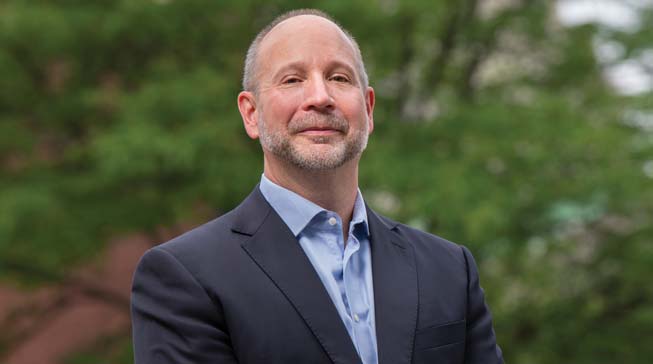 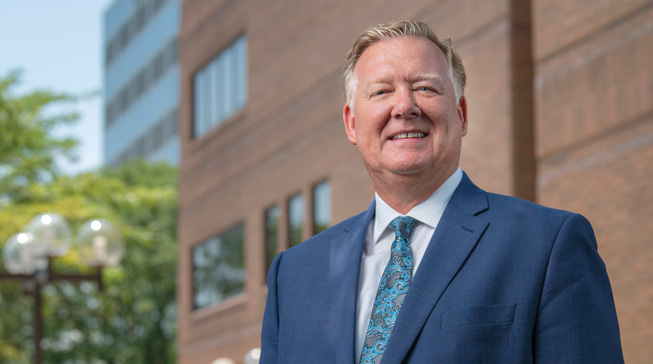 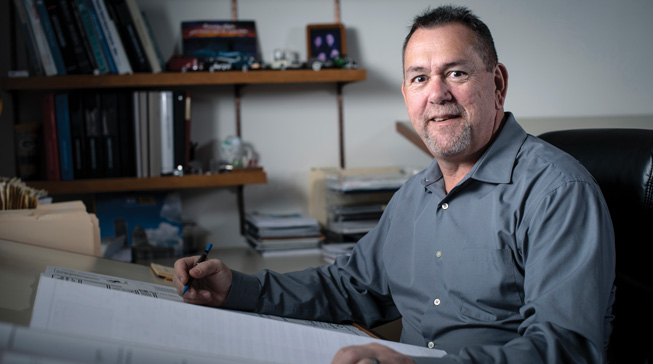